Beirut Will Rise Again: The Resilience of Lebanon’s Fashion Industry

Despite so many struggles, and now having to deal with the aftermath of one of the largest explosions in modern history, the irrepressible country’s creative community refuses to be broken by hardship

Some thought it was just an earthquake. As the ground began to tremble and the window panes started to shatter, no one could have anticipated what happened next.

When 2,750 tonnes of ammonium nitrate, negligently stored in a warehouse at the Port of Beirut, ignited on August 4, 2020 the force of the blast that ripped through the city’s streets could be felt as far away as Cyprus and Syria. It wiped out entire neighbourhoods in a matter of seconds, decimating the country’s creative and artistic hubs in its wake.

From haute couture maisons to emerging designers, Beirut’s fashion industry was devastated by the explosion. The severity of damage that the studios and showrooms sustained – many located in the nearby neighbourhoods of Mar Mikhaël, Saifi Village and Gemmayze – was “unthinkable”. At least, that’s how footwear designer Andrea Wazen described the state of her boutique after the incident occurred. The blast shattered lightbulbs and mirrors, causing the entire ceiling of her store to collapse in on itself. 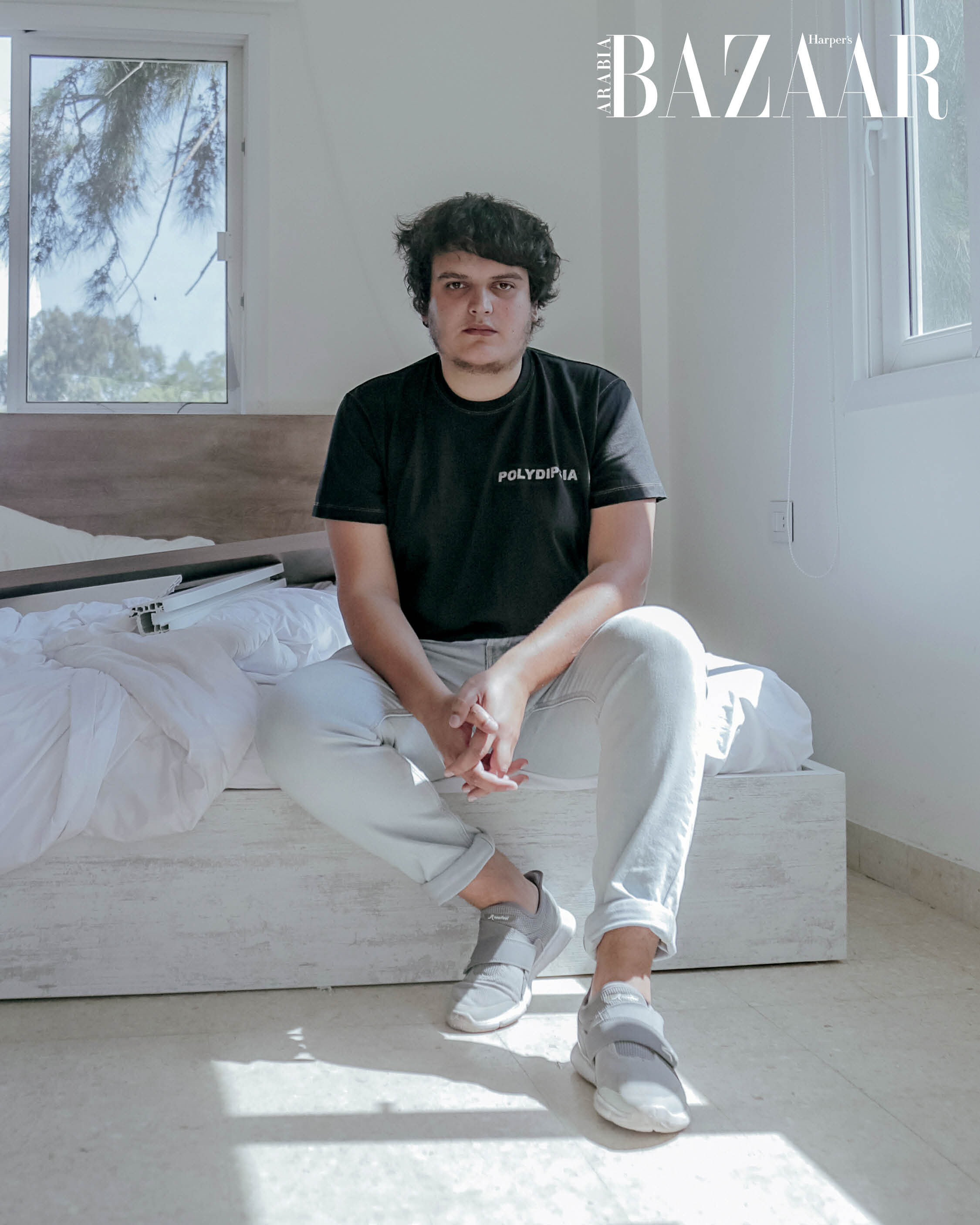 Roni Helou, known for his androgynous ready-to-wear collections and eco-conscious ethos, lost both his atelier and his home in the explosion. A recent recipient of a year-long mentorship programme with Matches Fashion, the designer was seated in the front room of his studio with his sister, mother and cousin when the explosion transpired. “We just ran out of the room. When we reached the corridor, that was when the big blast happened,” he says. “The room that we had been in was facing the port. It was destroyed,” Roni tells Bazaar.

George Azzi and Assaad Osta, founders of couture house Azzi & Osta, had just moved their atelier to Gemmayze. “We called it our Magical Village in The City. We redecorated the entire place as it needed a lot of renovations, and just the week before we finally celebrated being ‘home’ with our team,” recount the duo. Their entire workspace was brought to the ground by the force of the explosion.“Our new collection that was to be released the next week blew up in every direction. Our ready-to-wear productions, our library, our ateliers were completely wiped out.” The designers were only able to salvage a few archives, some fabric and a couple of client dresses. 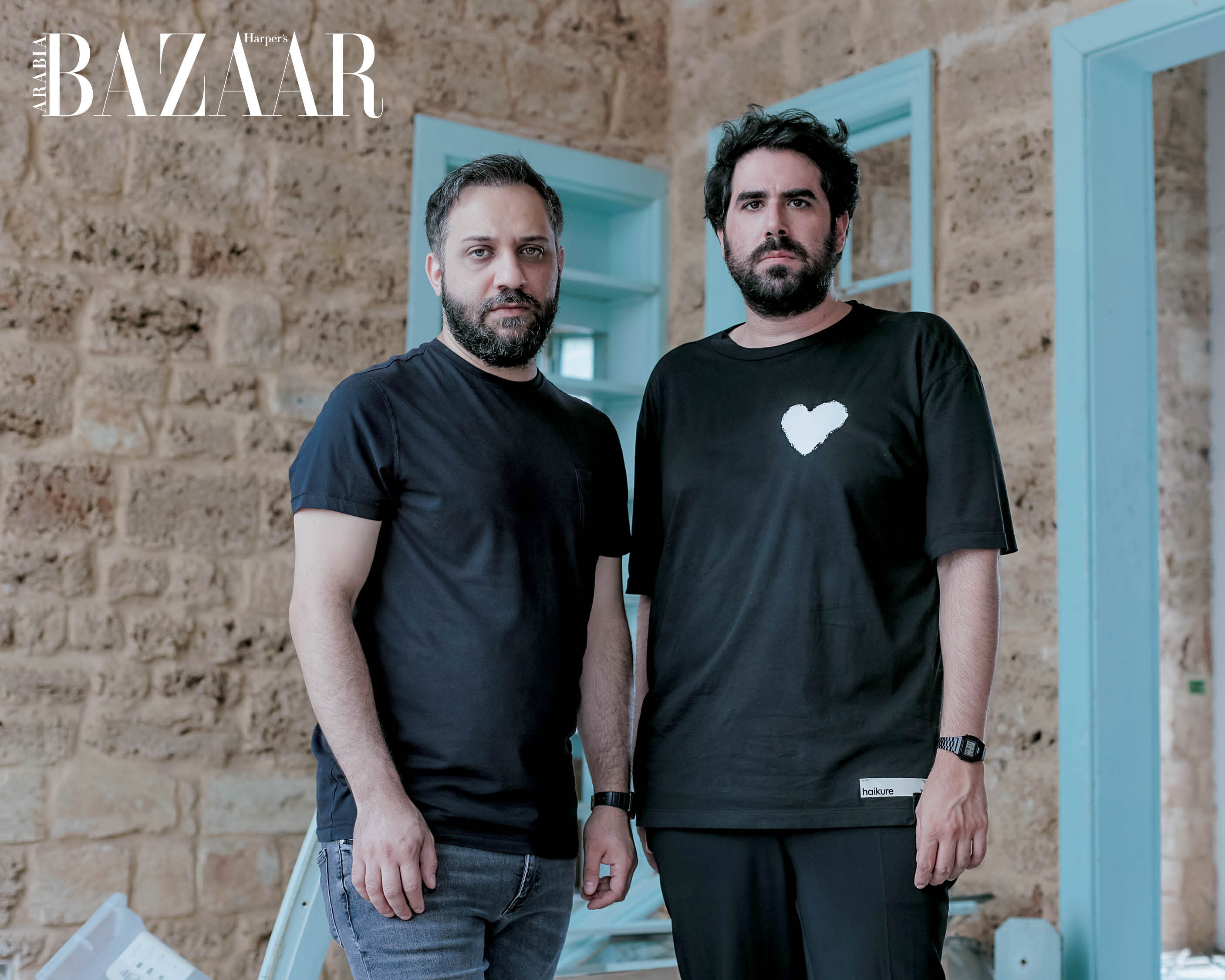 “Everything was in ruins, nothing was in its place,” reveals Sandra Mansour, the first Arab designer to partner with Swedish high-street retailer H&M, when describing the state of her home and workspace. “From the walls to the windows, the roof to the doors.” Fortunately, Sandra was overseas and her team had left for the day when the explosion happened (no one was hurt).

In the days that followed, stories of complete devastation were not uncommon within the community. Images circulating on social media revealed the extent of the damage: raw materials ravaged by the force of the blast; collection pieces strewn across the floors of showrooms; shards of glass shrouding hard surfaces; structural damage to buildings; injuries and much worse.

While many industries within Lebanon have been impacted by the explosion, which killed over 180 people and wounded over 6,000 individuals, the country’s fashion industry suffered a huge blow, one that had many question in the days that followed how the industry would ever recover – if it could at all. 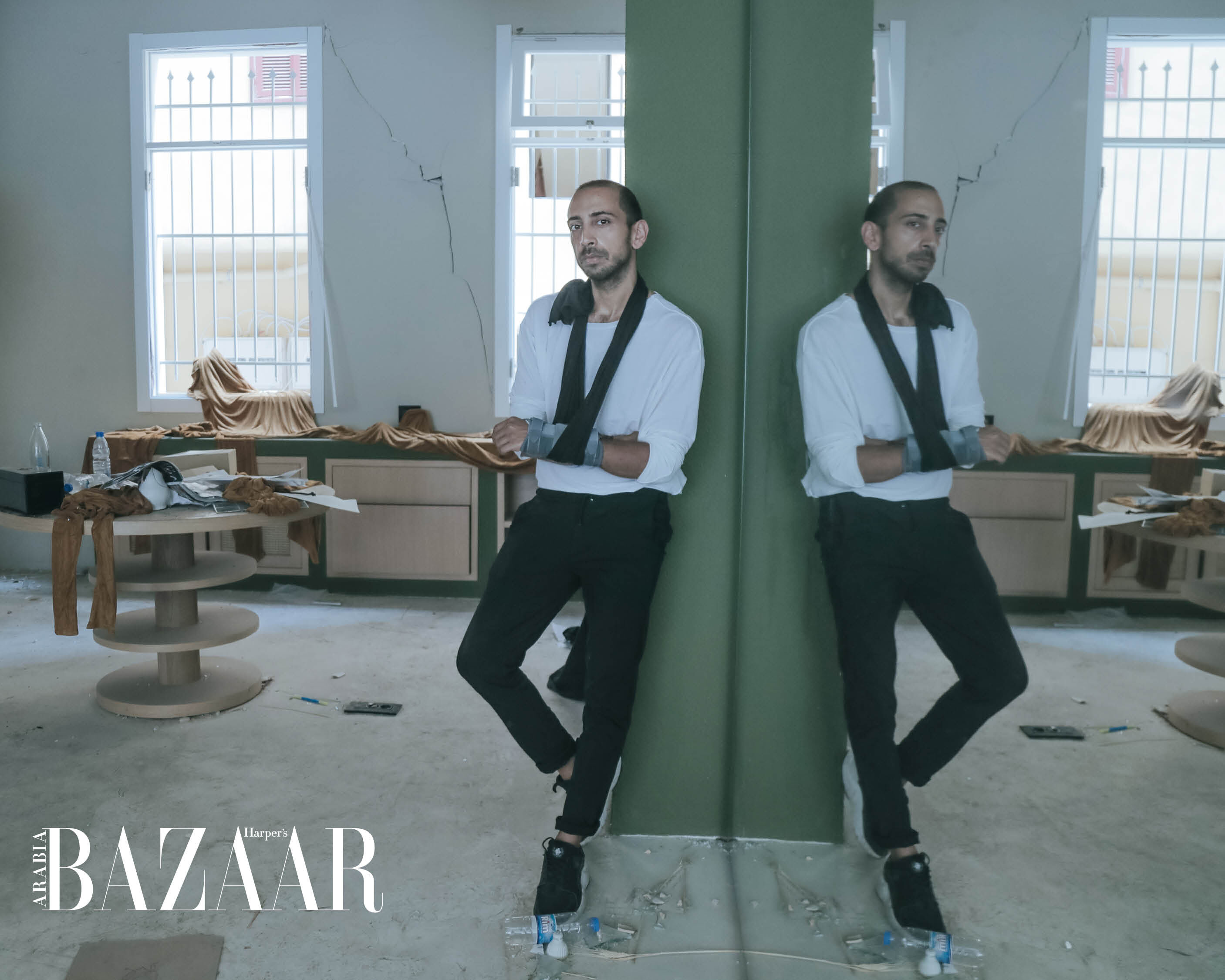 “My business and all young businesses were already suffering due to the country’s financial crisis. After August 4 they have been hit in the heart and are bleeding heavily, just like us,” says Amine Jreissati, founder and creative director of Boyfriend The Brand. “I, personally, don’t have the resources to rebuild, as I simply invested all I had into my business,” he confesses.

“The jewellery industry is a big industry in Lebanon and it plays a large role in the ecosystem of our economy, but it’s been suffering for months now,” says Maya Mukhi, third-generation fine jeweller and one part of the trio behind Mukhi Sisters. “Production is almost nonexistent as the prices for raw materials have increased significantly due to hyperinflation. There are so many irrational barriers today that, to say the least, we are really fed up.” 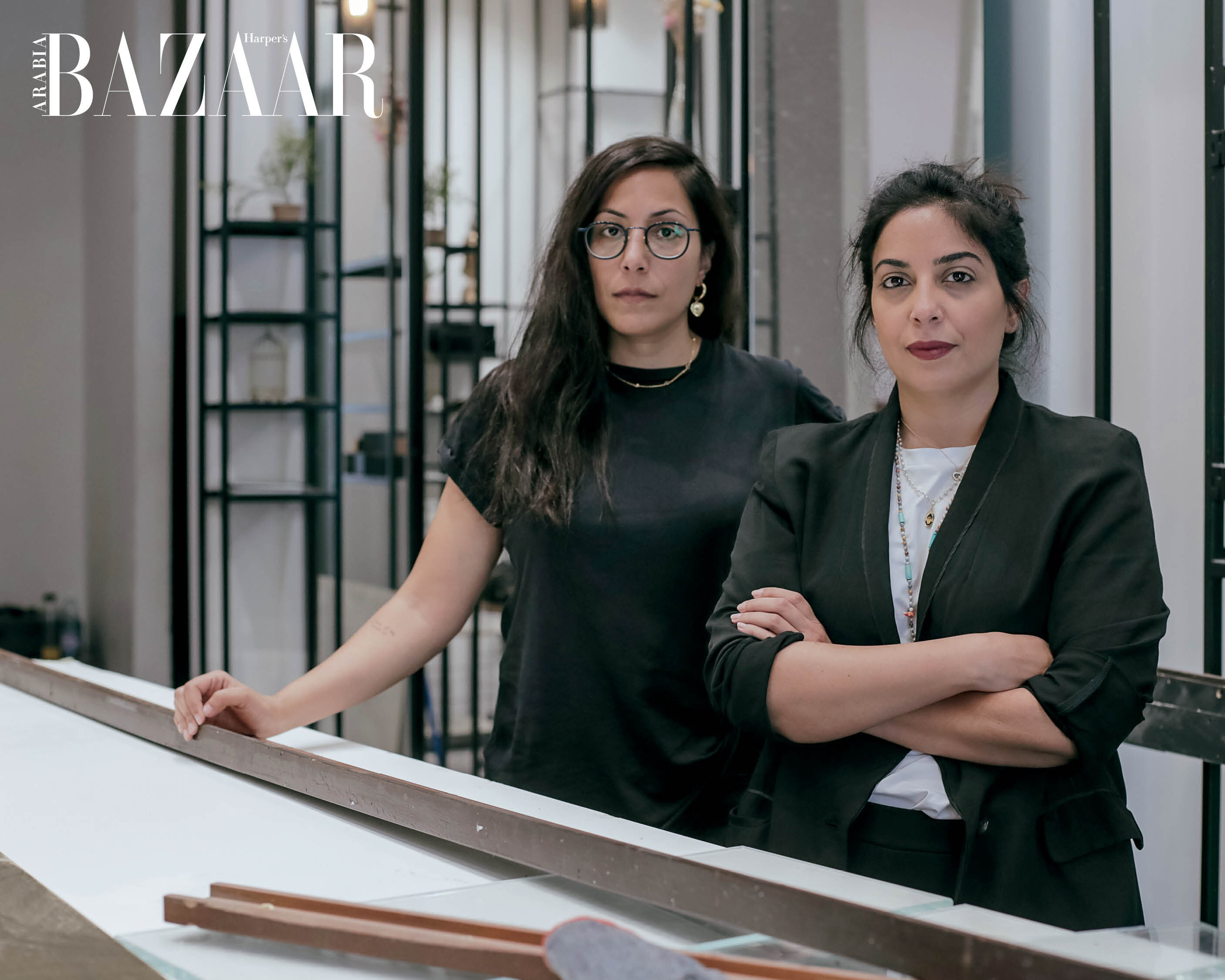 Salim Azzam, another winner of the Matches Fashion mentorship programme, shares similar sentiments. While his studios are located outside the city and weren’t damaged within the blast, he also notes that the economic climate has made it exceptionally hard to thrive as an emerging designer within the country. “What we were going through before this explosion has already put us on our knees. We have zero sales happening locally. Nobody is buying anything – including myself,” he says.

Lebanon’s circumstances certainly make it appear to be a less-than-ideal setting for fostering the industry’s next generation of talent, however, Beirut has always been known as a city that produces some of the finest designers and artists within the region and beyond. Despite government corruption, an economic crisis, the knock-on effects of the novel coronavirus pandemic, and now the aftermath of the explosion, the creative community remains resilient. Initiatives to provide the industry with the relief it desperately needs are well underway. 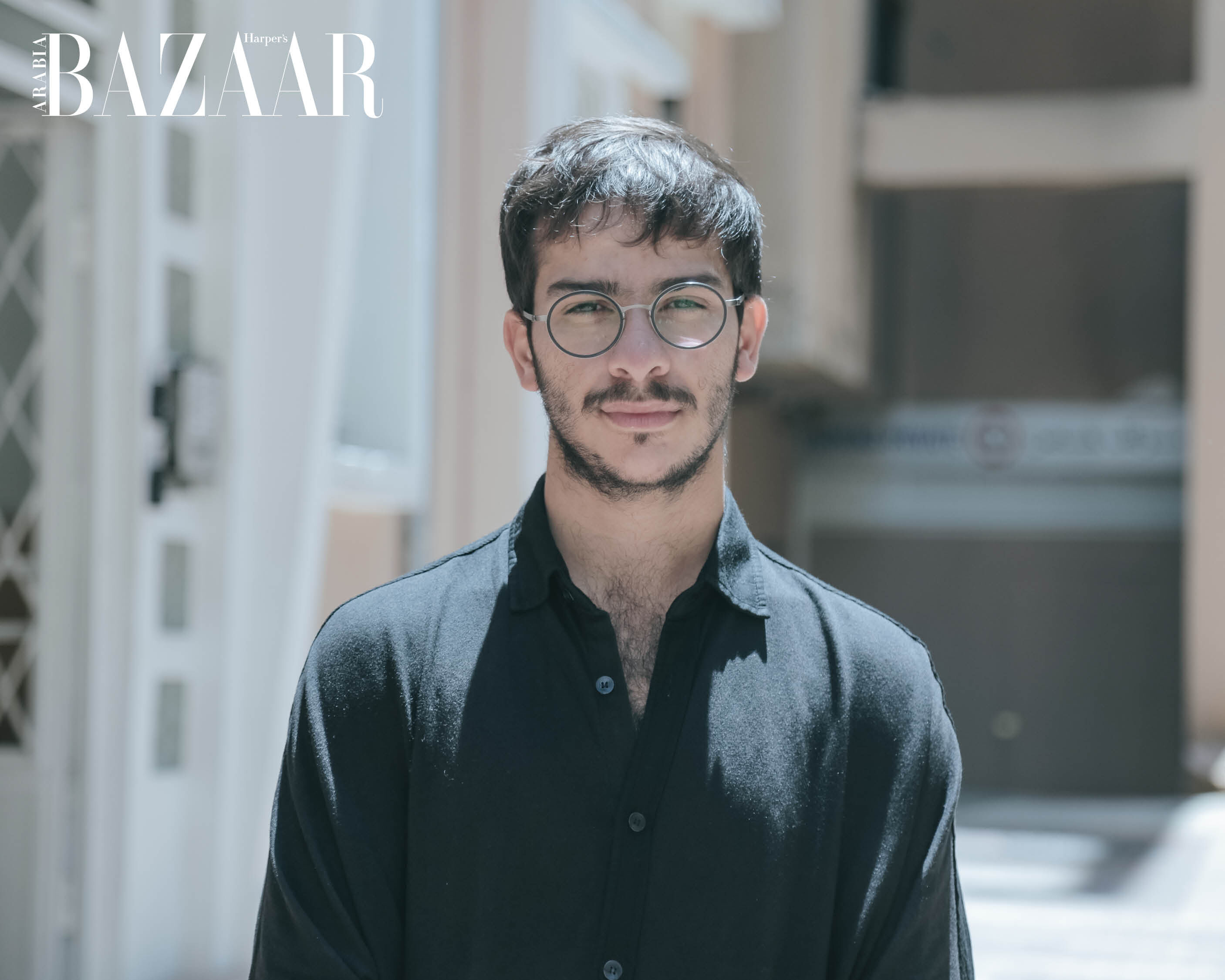 On August 14, 10 days after the explosion occurred, ‘United for Lebanese Creatives’ was launched to provide independent designers and creatives with the support to restore their businesses (estimated damages within the community amount to approximately Dhs3.1million, according to the fund). Founded by a collective of creative industry professionals, organisations and businesses – including Slow Factory Foundation, Starch Foundation, Fondation Saradar, Bureau des Créateurs, and Maison Pyramid, to name a few – the fundraising campaign is working with 39 designers and artists, in order to provide them with the best support needed in order to rebuild their businesses and brands.

“It will take some time to rebuild the creative districts as a whole, and to raise enough money for each designer or creative to rebuild the space they’ve lost,” notes Christian Daccache, founder of Bureau Des Créateurs, a Beirut-based PR and communications agency involved with establishing the fund. He acknowledges the community still has a long way to go on its road to recovery. “Several designers, sadly, might be forced to shut their doors, especially as we’ve faced an intense year of revolution, economic and financial crisis, as well as COVID-19,” he says. 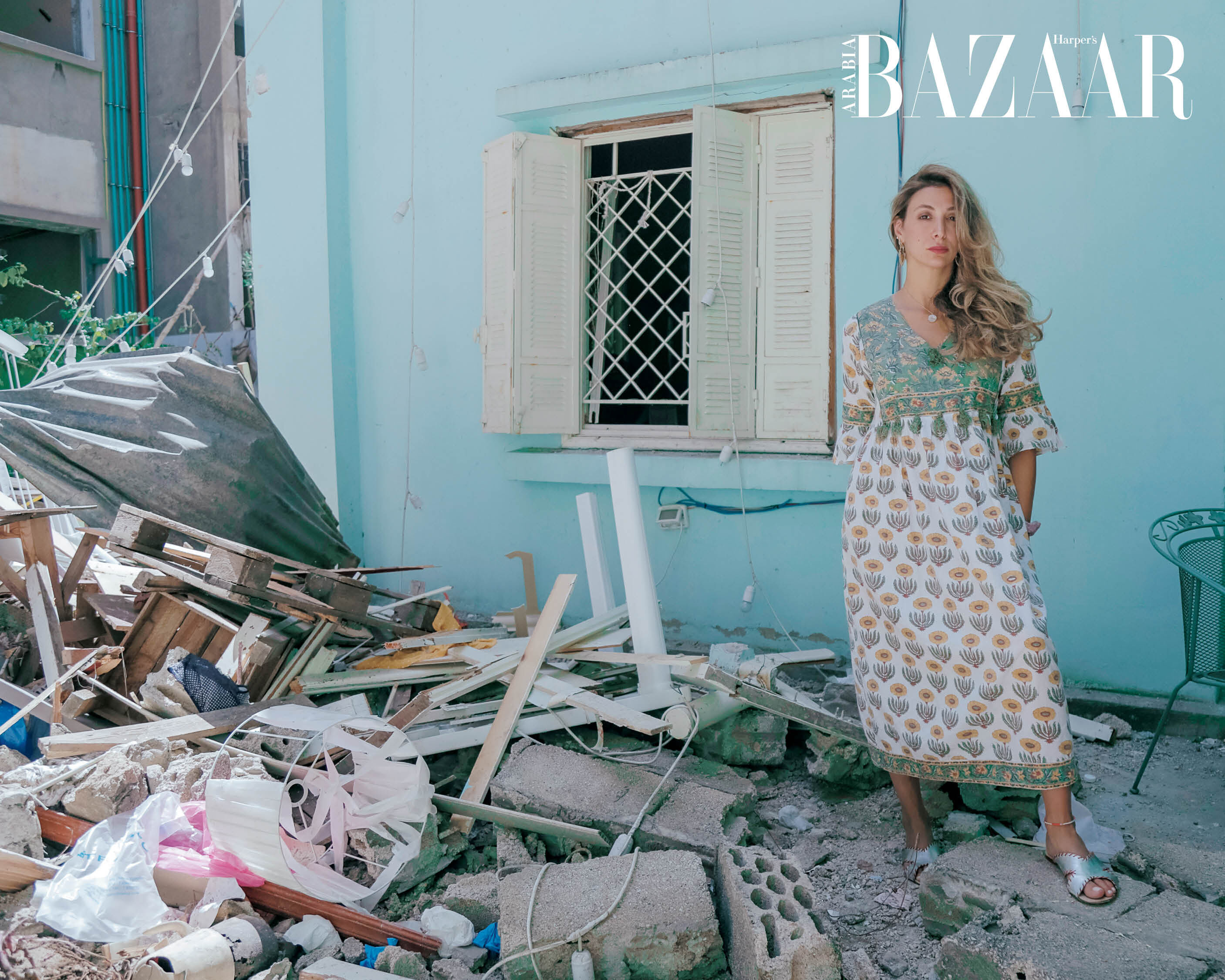 While the circumstances may appear to be bleak, even with the support of various initiatives and fundraisers, this generation of Lebanese creatives have access to a resource that could very well be a lifeline for their businesses during these trying times: the internet. From virtual pop-up shops like EASTWAVE Concept, committed to partnering and promoting talent from within the region abroad, to incubator programmes that connect emerging designers with major e-commerce retailers, running a business online and building an international client database has never been more accessible.

“The explosion is not going to affect us a lot, as we were already working towards a very aggressive plan to be online. We have a team in place that has been working on the strategy for a while now,” says Carolina Chammas, founder and creative director of artisan hair accessories brand, AURA Headpieces. Nevertheless, she too mourns the loss of her boutique and atelier, both of which were destroyed. “Maybe it was just a push for us to go completely in that direction. Maybe the boutique was just holding us back. Now we’ll be forced to be online faster, which is good.” 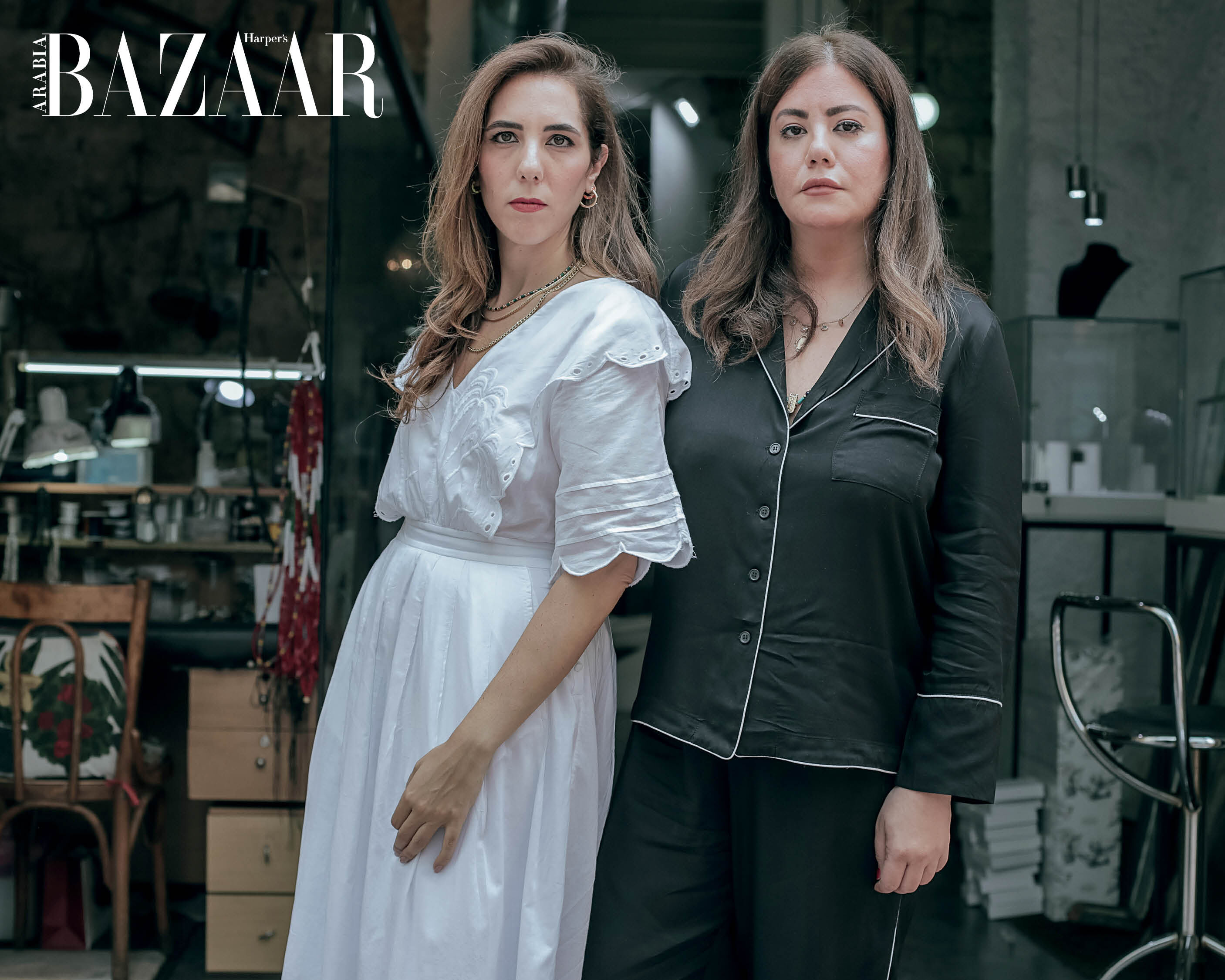 And while some are still reeling in heartbreak, many of Beirut’s designers believe they will persevere through this difficult time. “We know that, in the end, we will rise up again, shake off the dust and carry on like we always do,” says Tania Nawbar, one-half of the creative force behind L’atelier Nawbar. Designer Yassmin Saleh also agrees: “Knowing our people and our strong hearts, I’m sure we will find a way to make it work. We will find strength to rebuild our brands and hopefully grow stronger,” she says. 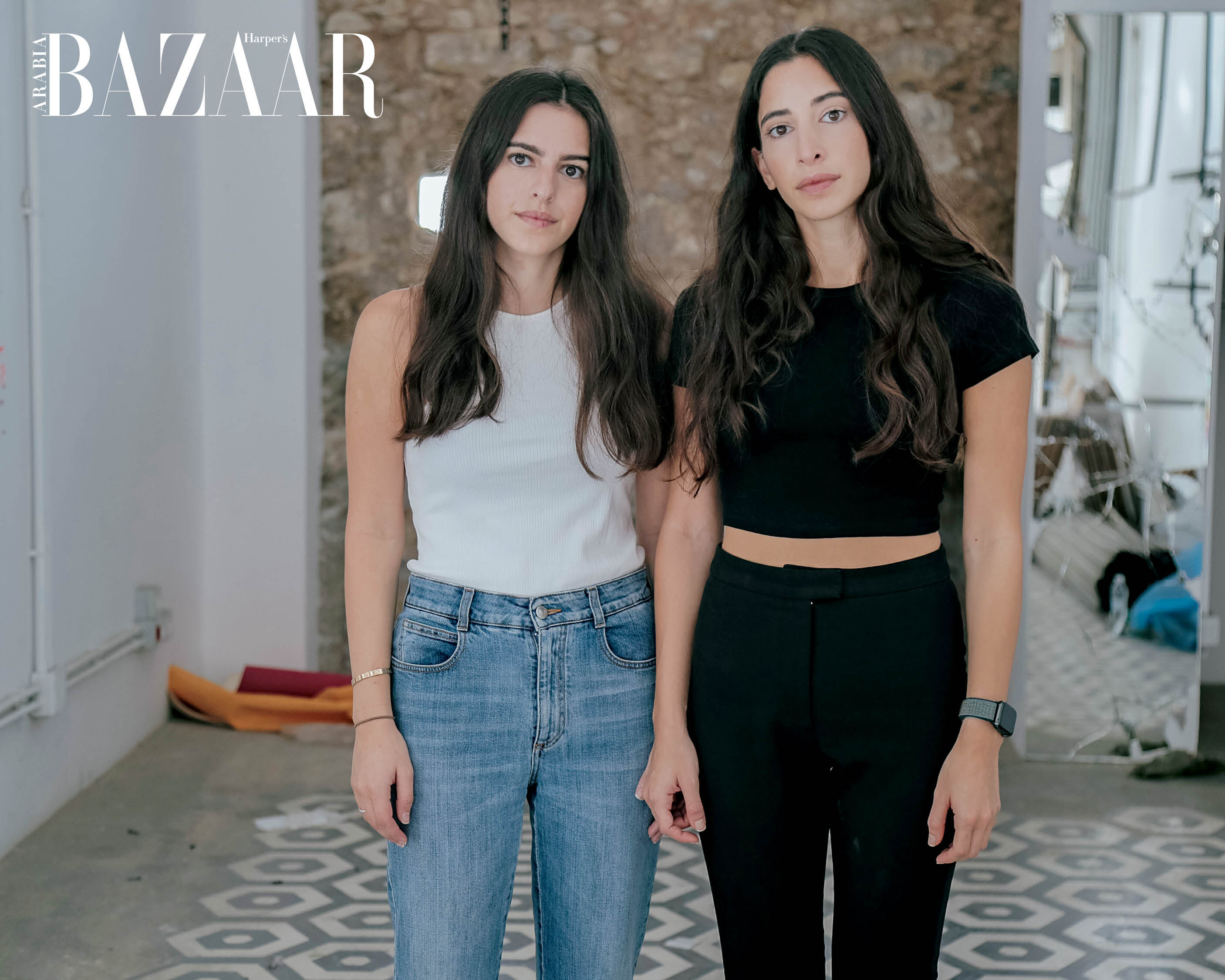 “Creativity does not die,” womenswear designer Hussein Bazaza adds. “I think creatives will have to at least try to pick themselves up and start from the very beginning. Beirut is known and praised for its creativity, especially in the fashion industry. If we lose that too we lose a big part of what makes this city unique.”